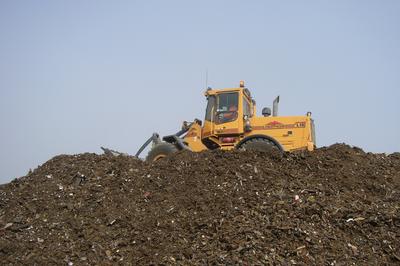 Denmark has one of the lowest landfilling rates in Europe and it has been stable around 5-6% for the past ten years. This has been achieved via a combination of regulatory instruments such as the tax on landfilling which was introduced in 1987 as well as the ban on landfilling of all waste which is suitable for recycling or incineration, introduced in 1997. The landfill tax and the landfill ban are perceived as two of the main drivers for the way which waste is treated in Denmark and thus also for our low and stable landfilling rate.

Establishment and operation of landfills

Denmark has a high environmental protection level and thus establishment of new landfills requires careful environmental and technical evaluations of the suitability for waste disposal of the selected location, which has become a well-developed discipline in Denmark. Once established the operation and completion of landfills includes procedures for acceptance of waste and on-site verification, building-in waste, monitoring, leachate collection and treatment, closing down landfills and completion of aftercare period.

Landfill mining
Although the general aim is to direct waste away from landfills, which Denmark has been very successful in doing, there is also need for forward-looking strategies and modern technologies in order to ensure modern landfilling sites, which are not perceived as a permanent storage for waste but rather as a strategic storage for resources. Landfill mining, which includes disinterment and treatment of waste from landfills is therefore an area which receives increased attention.
Landfill mining has received increasing attention due to the fact that landfill mining:

Landfill gas
Disposed waste can develop gas by both biological and chemical reactions in the waste. The resulting gas can consist of both carbon dioxide and methane. Methane is a powerful greenhouse gas (about 25 times more potent than carbon dioxide ) and emissions of landfill gas emissions is therefore undesirable.

Depending on the level of gas production in the waste gas emissions can be met through both active and passive measures. If the gas formation is sufficient large, and the gas has good calorific value (high methane concentration) it is advantageous to establish a gas collection system where the gas is pumped into the engine, which converts the gas into electricity. If gas production is so low that it no longer pays to collect the gas passive measures, such as biocovers may be established to reduce greenhouse gas emissions.

Biocovers
Biocovers often comprise of soil or compost. Establishing a biocover on a landfill site will enable the process of microorganisms converting methane to carbondioxide. Since carbondioxide is approximately 25 times less intensive than methane in relation to creating greenhouse gas emissions, establishing biocovers can be an effective way of mitigating emissions. As an initiative towards reaching the Danish climate target, the Danish government has therefore allocated 178 mio. DKK for establishing biocovers on approximately 100 Danish landfills.